Writing in Memory of Paulo Freire 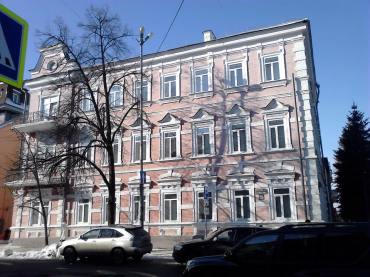 This is a current photograph of the house in Kazan where my cousins Anya Alexandrovna Bari and Alexander Filippovich Samoilov lived from 1910-1930. As you see, it has a plaque.

During the Russian Civil War the Samoilovs’ twin sons, Alexander Veniaminovich’s first grandchildren, walked to Shanghai with the Czech batallions and sailed to San Francisco, where my great-aunt Valeska met them on the docks and put them on a train to Harvard.

Samoilov could have come as well and some thought he should have done, but he had research in course that he did not want to abandon. He was awarded the Lenin Prize in 1930, as was Alexander Veniaminovich’s business associate Vladimir Shukov also. Samoilov worked with Pavlov, Nobel Prize 1904.

I have very brilliant cousins.

I AM RIGHT ON CURRICULUM.

I have made my point on governance many times and I am tired of repeating it.

I have excellent research projects that really deserve my attention. For their sake, which is also mine, I should not listen to the noise.